With gyms given the “OK” to open up again early June, many gyms scrambled to get their fighters back in shape for the shows that were rumored to start in mid to late June. However, those shows that were announced, mainly at Channel 7 and Omnoi, were postponed due to the government still forbidding fights from happening. Many fighters breathed a sigh of relief as it gave them more time to get their bodies back in shape after months of inactivity. It is not common for fighters in Thailand to try to stay in shape when they’re not at the gym (or even when they’re simply without a fight), so many gyms saw their fighters heavier than usual and with barely any signs that they were in shape just a few months ago prior to lockdown. Please support the continuation of content on Muay Ying via Patreon On July 2, the Muay Thai community rejoiced – the government, along with the boxing committee, gave the green light for fights to officially start on July 4th. Stadiums are allowed only the fighters, cornermen, officials and judges, and venue staff. No audiences just yet. Fighters also have to obtain a medical certificate saying […] 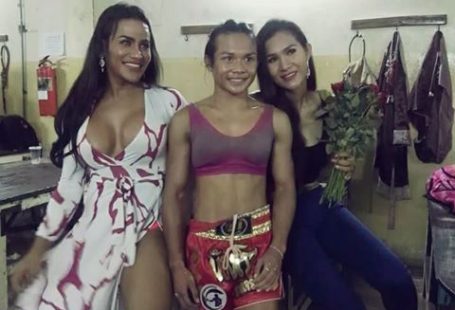 Nongrose fought SueaYai at Rajadamnern Stadium on June 7th, 2017. People are not allowed to wear tops at the prestigious stadium, but they made an exception for her. 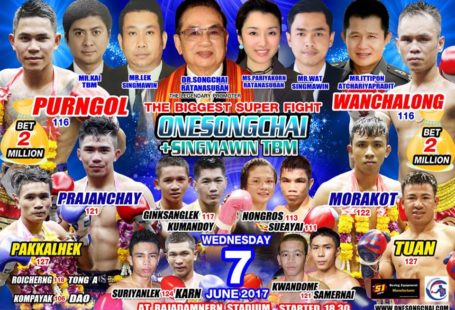 Onesongchai and Singmawin TBM are teaming up to host one of the biggest shows at Rajadamnern Stadium this year. On June 7th, 2017, some huge fights are happening at the legendary stadium, including a 2-million Baht side bet between Purngol and Wanchalong. What’s extremely special about this event is kathoey fighter Nongrose will be fighting at the stadium. Onesongchai specially requested Nongrose (you can read more about her here) to be able to fight and they said yes. This is a bit controversial because women are not allowed to even touch the ring, much less go in it. But it seems like because they believe since Nongrose was born male and that because she is still anatomically male, she will be an exception to the rule. Nongrose will have a 2 pound advantage over Sueayai. Fights start at 6:30 pm. If you’re in Thailand, do yourself a favor and head over to Rajadamnern this day and be in for a night of exciting fights. Fight Card Purngol Tor. Surat vs Wanchalong PK Saenchaigym@ 116 lb Prajanchay PK Saenchaigym vs Morakot Komsaimai @ 121-122 lb Pakkalek Tor Laksong vs Tuan Kor.Kumpanart @ 127 lb Ginksanglek Tor. Laksong vs Kumandoy Phetjaroenvit@ 117 lb Nongrose Pholcharoen […]